Follow your dreams and remove obstacles from the path that leads you to your goal.

Alessandro Cipriano, Tenor in the classical crossover genre; he did his first apprenticeship as a chef and pastry chef in a 5-star hotel in Switzerland, where he became experienced in French, Italian and Spanish cuisine. For 3 years he learned Chinese cuisine from a renowned chef who had worked for over 20 years in several top hotels in China. His favourite cuisine is still Viennese cuisine, a love that he acquired during his years studying music in Vienna.

Alessandro was a very creative toddler; he loved to cook, baking cakes and of course singing all the while. As they say, you learn something right first before you try your hand at singing. Alessandro completed his training in the hotel industry with top marks, but music never left him. He continued to work for a couple more years but began to study singing in Zurich at the same time.

The lyrical tenor, with German-Italian roots, began his career under the tutelage of the opera and concert singer Werner Ernst in Zurich, where he began his training. After an audition in 1995, he was accepted as a student by the world-famous Viennese chamber singer Ruthilde Boesch†. Known as a strict teacher of the world star, coloratura soprano Edita Gruberova, Alessandro also underwent a strict, first-rate education, making many personal sacrifices, dedicating himself entirely.

In 1997, he succeeded in receiving a scholarship from the Armin Weltner Foundation for Vienna, by auditioning for the former director of the Zurich Opera House, Scala Milano and current director of the opera festival Maggio Musicale in Florence, Alexander Pereira.

Alessandro lived and studied in Vienna for 10 years, the Austrian capital became his second home. 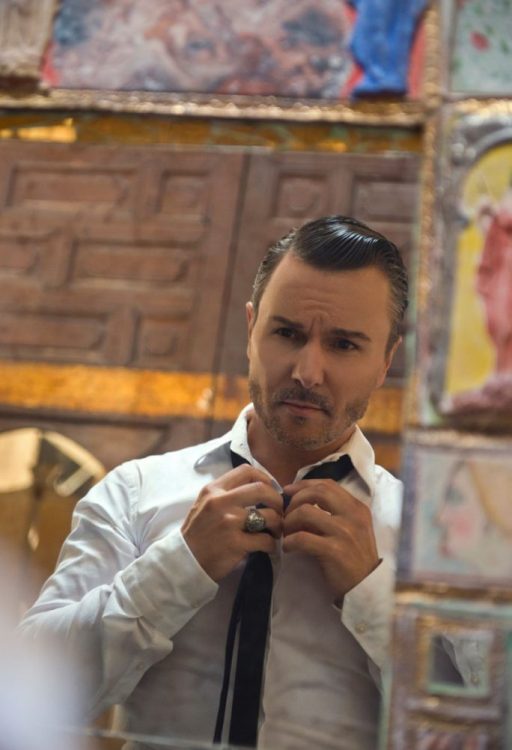 Thanks to his flexibility and openness towards to all kinds of musical styles, he has been able to build a truly wide repertoire. Whether baroque, classical or crossover, Alessandro subjects each and every item to intensive study before performing it on stage. Not surprisingly, thanks to his Italian roots, he specialises in bel canto. But his preferences also extend to the world of Lieder as well as Neapolitan Canzoni, Tango Argentino and Viennese songs, which he brought to perfection during his years in Vienna. “Songs like: Vienna city of my dreams, my mother was a Viennese etc…. it is always a highlight, because people like them and remember them well, especially during New Year.

In autumn 2002, accompanied by musicians from the Zurich Chamber Orchestra, he recorded a CD featuring Songs by Tosti, Puccini, Caldra et al.  and the rarely performed songs of Charlie Chaplin. The CD was then premiered at a concert with French “Star” singer Patricia Kaas. Concert tours followed. In 2006 his debut CD Amore mio was released.

CD Release “Visione” May 2011. December 2011, he was invited to perform at the Silvesterstadl in Graz, Austria. The New Years Show was broadcast live on ORF, ARD and SRF, Austrian, German and Swiss TV. He performed the German Version of Mirror of my Soul (Spiegel meiner Seele) together with the Deutschem Fernsehballett. It was a successful performance with a 7 million audience live and on TV.

2012, Alessandro received the exclusive right to reproduce the soundtrack of the Movies “Sissi Trilogy” 1955-1957 the famous movies about Empress Elisabeth from Austria in the main role Romy Schneider. The soundtrack has never been reproduced before and it was a great honor for Alessandro to be the first one. He wrote the lyrics in German “Wenn die Maske Fällt” and the the music was released February 2012. The whole project was a tribute to celebrate the 175th birthday of the Empress on December 24th 2012. Shows and TV appearances followed. www.wenndiemaskefaellt.com

2013-2014, Alessandro was touring with his Recital “On Wings of Song” Auf Flügeln des Gesanges by F.M. Bartholdy, accompanied by his pianist, Nancy Lee. The repertoire included music by Mozart, Tosti, Bellini, Händel, Bernstein and many others from the crossover genre.

2015, Alessandro released his new single “One More Try. Written and produced by Toby Chapman and Grant Black in London.

2016, He will be presenting his new Recital, Wiener Bonbons, his only Love-Vienna. He presents his favorite Viennese Songs and Operetta Arias. The program starts in October, check out more! Alessandro is in the process of writing a new German Song, ” Im Zauber der Nacht”more details to follow.