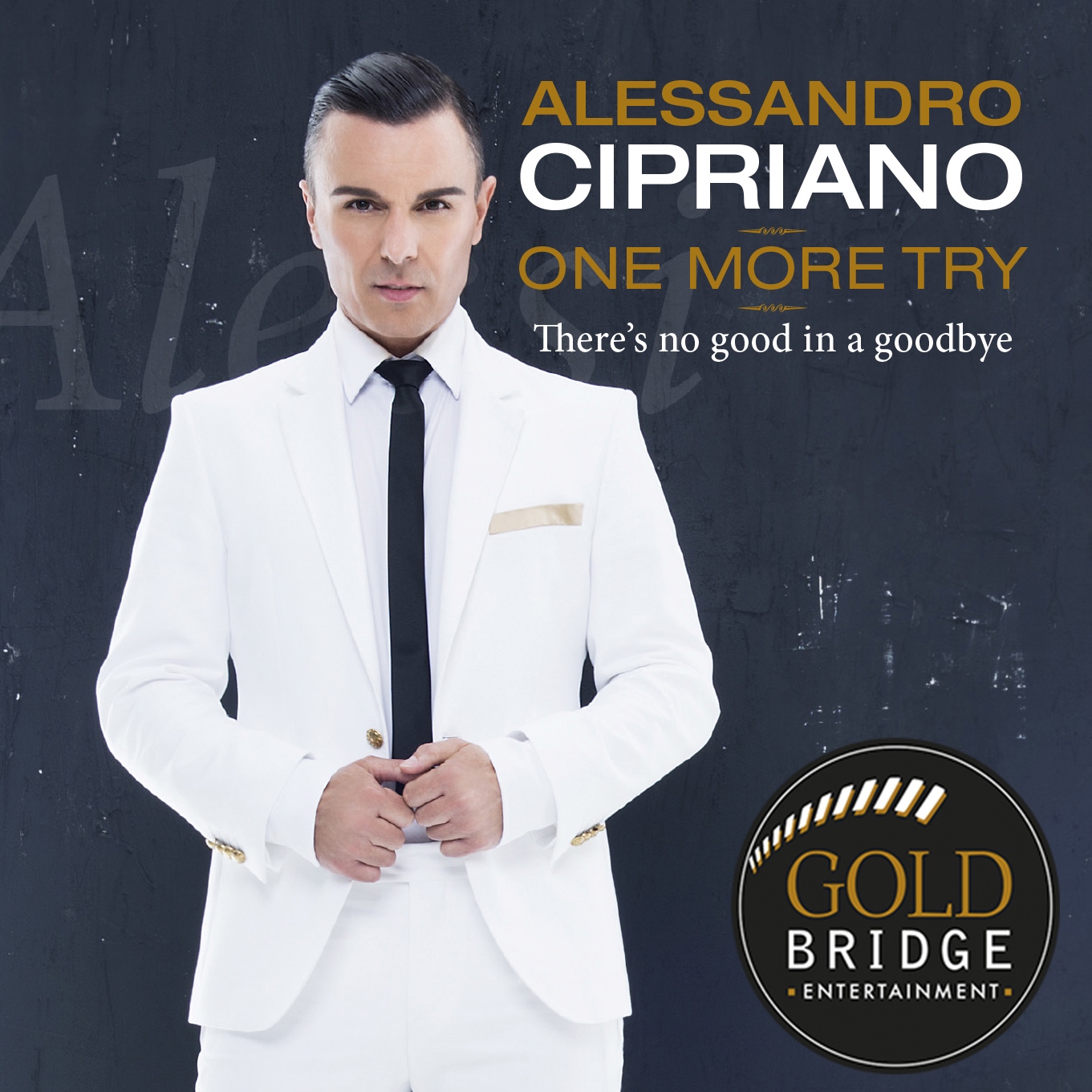 We have all been there, had a bit of an upset with the love of our life, maybe even breaking up but don’t really want to. So many people will recognise the feeling and meaning in this beautiful romantic ballad. One More Try will reach out to so many people and so many people will want to cuddle up close and dance to it as the last dance of the evening in a club or party or wherever they may be. How many will give it One More Try? For those romantic souls out there, One More Try is now released through Dischromedia, the record label that Alessandro Cipriano recently signed with. He said of the song: “One More Try showcases the new direction I am taking to romantic and emotional interpretation of heartfelt repertoire.

I wanted to create a new style, give it One More Try. When I first met Toby Chapman, the cocomposer and Producer of One More Try, I was amazed how grounded this very established musician was. He is working and touring with the best of the best in the music business. We had a lovely day, spending hours to try certain kinds of styles. Toby later sent me a demo and I could not believe what I was hearing. My wish was for a song which demonstrated what I was capable of and he delivered exactly the sound I had been looking for. As for the production of One More Try, Toby strived to capture my emotional intensity and technique. My singing style and voice has matured over the years, at which stage I’ve been for a long time and I’ve finally arrived here now.

I just love what I do. It took a while, but now One More Try is ready to be released and hopefully very much enjoyed”. After working with Alessandro on One More Try Toby Chapman had this to say about him: “ … I must say he is the most consummate professional I’ve had the pleasure of working with. He has amazing vocal control, so expressive, … I look forward to the next time”. Grant Black, co-composer who wrote the lyrics for One More Try said: “… Alessandro you have the voice of an angel. … I have one question …Why are we not doing an album? This is too good to stop now”. There are future plans with Toby Chapman and Grant Black to compose a follow-up song for Alessandro. To hear the full version of Alessandro’s One More Try we have released a video of it on You Tube: Listen “One More Try” and there is also a three minute promotion version video of Alessandro Cipriano singing it also released on You Tube Watch Video “One More Try” Various national UK TV appearances are currently being arranged to coincide with the release of One More Try and more details will follow.

Commenting about Alessandro and his song One More Try, Dan Curtis of Dischromedia said “Dischromedia are delighted to announce that the tenor Alessandro Cipriano has signed to the label for the release of the single One More Try. Alessandro is a singer who exudes warmth and passion through his voice and who is also a great storyteller. We are looking forward to the release of the single and future projects together”. Alessandro added: “My love is classical music, I give classical concerts – recitals of Mozart, Tosti, Schubert etc. accompanied by my pianist, this is something I will never stop. Now I open my heart and soul and everyone can join my journey in a new direction of love with One More Try”.

About Dischromedia: Dischromedia was formed in 2013 in a collaboration between the longstanding and successful Dischromatics company and composers, Daniel and Laura Curtis. The companies aims are to offer opportunities to artists within the musical theatre and classical crossover genres. They also offer a number of production and distribution services.

Grant Black is the son of legendary Oscar winning lyricist Don Black O.B.E and started his career as a manager representing acts including Adam Ant, Strictly Rhythm Records, Trevor Horn, Amanda Ghost and many more. Grant is an international multi-platinum award winning song writer and has inhabited the charts continually somewhere in the world for the last few years. He has worked with Sarah Brightman, JLS, Olly Murs, Katie Melua, Alicia Keys and many others.

About PPM (UK) Services: Having worked for many years in the Music, Film and Television industries as well as gaining additional valuable experience working in the Theatre and Radio, Christine Read started her own management and promotion company – PPM (UK) Services – founded in 1980. Currently representing two artists: